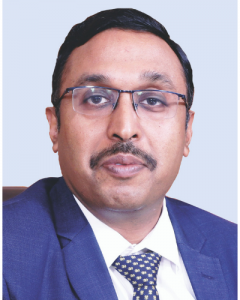 Widely respected for his strong organisational skills and deep insight in the affairs of profession, CA. Atul Gupta has immensely contributed to the cause of profession during his term in Central Council, and earlier as Regional Council member and Chairman of the Northern India Regional Council.

A commerce and a law graduate by education, he has led the cause of profession through various committees of the ICAI, serving as Chairman of Digital Accounting and Assurance Board, Board of Studies, IT Committee and Indirect Taxes Committee, among others.

Atul Gupta is known and appreciated widely for his key contribution as facilitator of the Goods and Service Tax regime in India, particularly in its formative years. Under his stewardship at Board of Studies, the New Scheme of Education and Training of ICAI that was benchmarked with the revised International Education Standards, was launched in 2017, with thorough revision of the content of the study materials of Intermediate and Final level courses.

As President of the Institute, CA. Gupta is now Chairman of all Standing Committees including Executive, Finance and Examination Committees, besides being the ex-officio member of all Non-Standing Committees and Editor of ICAI Journal, The Chartered Accountant. He is Chairman of the ICAI Research wing ICAI – Accounting Research Foundation and Extensible Business Reporting Language (XBRL) India. He is also Director of the Governing Board of Indian Institute of Insolvency Professionals of ICAI and ICAI Registered Valuers Organisation.

Atul Gupta is member of very important committees constituted by the government and regulators in India relating to policy formation that include Government Accounting Standards Advisory Board (GASAB) and Audit Advisory Board- both constituted by the C&AG of India, Committee to Advise on Valuation Matters, Committee of Experts to examine the need for institutional framework for regulation and development of Valuation Professionals of MCA, Board Member, Insurance Regulatory & Development Authority (IRDA), Insurance Advisory Committee and Apex Committee of IRDA, and Member of SEBI’s Primary Market Advisory Committee. He is also the First Chairman of the Accounting and Finance Services Sectional Committee constituted by the Bureau of Indian Standards.

On International front, he is member of Public Sector Financial Management Committee of Confederation of Asian and Pacific Accountants (CAPA) and representing ICAI in International Integrated Reporting Council (IIRC). He, earlier, has been the Chairman of SAFA Committee on Education, Training & CPD of SAFA.

Being thoroughly conversant with the professional concerns and demands of his times, CA. Gupta has authored many relevant books and has published numerous articles in leading newspapers, magazines and professional newsletters, and delivered lectures in about 1500 seminars and conferences.