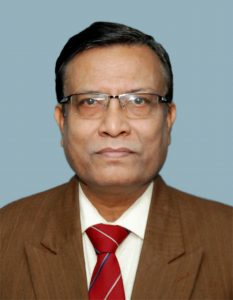 CMA Biswarup Basu is a Fellow Member of the Institute of Cost Accountants of India and an alumnus of South Point High School, Kolkata, India.
He started his Professional career in 1985 as a Management Trainee in a Multinational Company of repute and thereafter joined Bharat Coking Coal Limited in 1988 as Finance Officer. Subsequently he joined a wholly owned company of the Government of West Bengal in a Senior Position where he served for 29 years. He has a total stint of 34 years of Industrial exposure.
He was elected to the Central Council of the Institute for the terms 2015 – 2019 and 2019 – 2023 as a Central Council Member.
He was elected as the Vice President of the Institute for the year 2019 – 2020.
He has been Chairman and member of various Committees and Boards of the Institute. During his tenure he has taken several initiatives that would increase the scope and development of the profession.
He had the privilege of serving the profession as a Member of the Eastern India Regional Council (EIRC) of the Institute for 3 terms viz.1995-98, 1998-2001, 2004-2007 in various capacities.