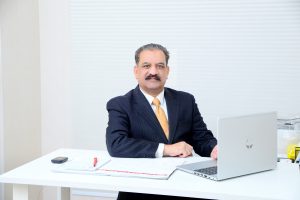 Mr. Shehzad Ahmed Malik is the Vice President of ICMA Pakistan. Currently, being CEO of Shehzad
Malik, Management Consultants (Pvt) Ltd., he is also holding honorary position of Board Member
and Chairman, Taxation Committee of Rawalpindi Chamber of Commerce and Industry in addition to
being Board member in different companies. Mr. Malik represents ICMA Pakistan as a member of
Members’ Development Committee of Confederation of Asia and Pacific Accountants (CAPA). He is
also a member South Asian Federation of Accountants (SAFA) Committee on Education, CPD and
Training  as well as Chairman Joint Committee of Institute of Chartered Accountants of Pakistan and
ICMA Pakistan.  . Previously, he had served as Honorary Secretary, ICMA Pakistan (2018-20) and
Chairman of Islamabad Branch Council (IBC) in 2007 and 2008.

Mr. Malik has over 23 years professional experience, including 17 years in CMA practice. Earlier, he
worked as Finance Director / CFO at Islamabad Electric Supply Company and at Army Welfare Trust
(AWT). He also worked as member in Tax Reforms Committee of Ministry of Finance. He was a
faculty member of Fatima Jinnah Women University, AIOU, ICMA Pakistan for ten years. He
introduced Toastmasters Club in ICMA Pakistan for the first time. He has National and International
exposure in fields of Mergers,